The latest version of the Ford Edge was recently released to great reviews across the board, and the 2020 model seems set to maintain the line's high place in the sales ranks for several years to come.   But a new Ford Edge isn't the only option. There's also a thriving pre-owned market for one […]

Back in 1996, Ford decided to stop production on the Bronco. Many fans were unhappy with this decision as they saw the Bronco as one of the toughest and most rugged SUVs available at that time. Now, however, Ford fans from all over the world are rejoicing because Ford just announced that they would be […]

Ford Flex Review - Why the Ford Flex was Discontinued? 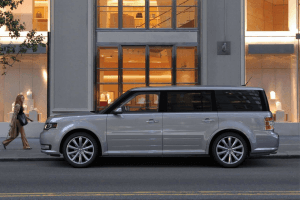 Any drivers who love the unique look and maximum space offered by the Ford Flex better head to their nearest dealership--the 2019 Ford Flex is the latest and last model that is for sale in Canada. This polarizing vehicle has been a staple of the Ford lineup since its debut.  The Flex starts at $32,649 […]